ControlCase Advisory on the Shellshock Vulnerability

You are here: Home / Newsletters / ControlCase Advisory on the Shellshock Vulnerability

ControlCase Advisory on the Shellshock Vulnerability

This is a security advisory on the “Shellshock” vulnerability.

Bourne Again Shell (bash) is a widely used shell on *NIX systems. It contains flaw that allows attacker to provide specially-crafted environment variables containing arbitrary commands that can be executed on vulnerable systems under certain conditions. So far, HTTP requests to CGI scripts have been identified as the major attack vector.The impact of exploitation of this vulnerability is as big as “Heartbleed” because of wide use of bash.

With access to bash even from the web servers using CGI, there are possibilities to create denial of service (DOS) on servers, distributed DOS (DDOS), steal data from servers and complete compromise of server/network.

will execute ping command when the environment is imported into the bash process.

GNU Bash versions till 4.3 are all known to be vulnerable.

How ControlCase CaaS Customers can request test for Shellshock

ControlCase can perform Shellshock test for your infrastructure and provide you the results. ControlCase Compliance as a Service (CAAS) customer can request “Shellshock Test” by using following steps. 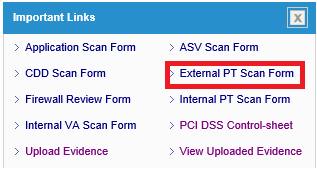 How to test if you are vulnerable

You can test your shell if it is vulnerable using following method.

Upon running the above command, an affected version of bash will output “BINGO”.

If it is not vulnerable, the same test will return the following result.

The above test is to only determine if you are running vulnerable version of bash.

There is no direct patch available at the time of writing this advisory. The original fix for this issue was incorrect; CVE-2014-7169 has been assigned to cover the vulnerability that is still present after the incorrect fix.

Send us a message

ControlCase is a United States based company, headquartered in Fairfax, Virginia with locations in North America, Europe, Latin America, Asia/Pacific and the Middle East to serve our clients globally.